Support for Passage of the Equal Rights Amendment 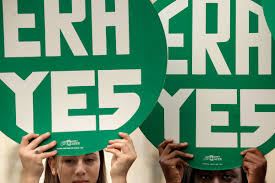 Area localities, including the City of Sarasota, North Port Venice, Manatee County,  Holmes Beach, Tampa, St. Petersburg and Hillsborough County, have all recently approved resolutions urging the State to ratify the Equal Rights Amendment to the United States Constitution.  Sarasota County Commissioners declined to support such a resolution.  The amendment states: “Equality of rights under the law shall not be denied or abridged by the United States or any state on account of sex.”   The ERA, like all constitutional amendments, requires support from at least three-fourths of the states to be enacted.  The measure was endorsed by both houses of Congress in 1972, but requires ratification by one more state.  Florida could be that 38th state.  .