Sarasota FAWL celebrates the life of Vanda Bayliss, a founding member of our chapter

Vanda Yvonne Bayliss, 67, passed away March 3rd, 2019, in Sarasota, Florida after a brief battle with cancer. Her Celebration of Life will be 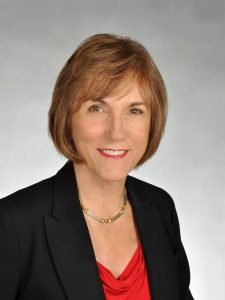 Vanda Yvonne Bayliss, 67, passed away on March 3rd, 2019, in Sarasota, Florida after a brief battle with cancer.  Her Celebration of Life will be held on Saturday March 9th, 2019, at the Marina Jacks Private Event Room from 1-3pm.  Ms. Bayliss was born on July 29th, 1951, in London, England. She came to St. Petersburg, Florida with her parents when she was five years old, and graduated from Dixie Hollins High School in 1969. She received her undergraduate degree from the University of South Florida in 1972, and her law degree from Stetson University College of Law in 1977. She was admitted to the Florida Bar in 1978, and moved to Sarasota, Florida, where she spent the next forty years as an attorney and mediator.

Ms. Bayliss was one of the founding members of the Florida Association of Women Lawyers Sarasota Chapter, and she served on the board for the Sarasota County Bar Association. Ms. Bayliss was a fierce advocate for the community often volunteering as a guardian ad litem, and won the Florida Bar President’s Pro Bono Service Award in 1991. Ms. Bayliss also spent time volunteering for Habitat for Humanity, the Special Olympics, and numerous other charitable causes. After retiring, Ms. Bayliss thoroughly enjoyed her time volunteering for Meals on Wheels. In lieu of flowers, Ms. Bayliss’ family is asking that you please donate to Meals on Wheels of Sarasota in her honor at mealsonwheelsofsarasota.org or by sending a donation to P.O. Box 178 Sarasota, FL 34230-0178.

Ms. Bayliss was an avid world traveler throughout her life, and backpacked through both Europe and the United States in her younger days. Just before falling ill, Ms. Bayliss traveled to both Morocco and Iceland. She loved to be active, and over the years she spent much of her time playing tennis, golf, kayaking, and skiing. She had a beautiful taste for life and adventure, and her family would like her to be remembered in that way. Ms. Bayliss is survived by her two children, Geoff Wilson and Amber Wilson, her mother, Patricia Dornbush, her three grandchildren, and a fourth grandchild on the way.
Condolences may be made at www.toalebrothers.com.