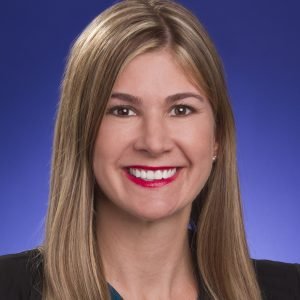 Ms. Carson-Freymann spent more than eight years as an on-air investigative reporter and legal analyst. She provided commentary on major trials, uncovered fraud, and exposed government waste. She was awarded 1st Place for Investigative Reporting and 1st Place for Individual Achievement by the Florida Associated Press. 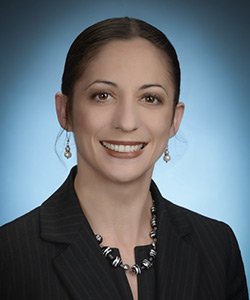 Regina A. Kardash, a Florida Bar Board Certified attorney in City, County and Local Government Law, has represented municipal clients in Pinellas, Manatee, and Sarasota Counties.  She serves as the Town Attorney for Indian Shores and Belleair Shore, Special Magistrate of the City of Palmetto, Board Attorney for the Pinellas County Homeless Leadership Board, and Assistant Town Attorney for the Town of Longboat Key. Regina was appointed to the Pinellas County Local Planning Agency, serving as Chairwoman in 2016 and 2017. She has litigated cases for clients in County Court, Circuit Court and Florida’s Second District Court of Appeal.  Regina has also served as a hearing officer for the St. Petersburg Housing Authority and was appointed to the Florida Bar’s Constitutional Judiciary Committee.  Regina is active in the Pinellas County Chapter of the Florida Association for Women Lawyers, serving as President for the 2016-2017 term, and received FAWL’s “Leaders in the Law Award” in 2012.  She is also a member of the St. Petersburg Bar Association and Clearwater Bar Association.

Regina was born and raised in the Tampa Bay Area.  She completed a 200 hour teacher training in 2010 with a certificate to teach Prana Flow yoga.  In addition to yoga, she enjoys traveling, nature, local music and spending time with her son.

Kelly Roberts is a bankruptcy and business attorney. Her practice includes representing consumer bankruptcy debtors in the Sarasota and Tampa areas, appearing for creditors in bankruptcy proceedings in the Northern, Middle, and Southern Districts of Florida, and assisting small businesses with their startup, contract, and dispute resolutions needs.  Ms. Roberts has been included on Florida Super Lawyers “Rising Starts” list for six consecutive years and is a current Florida Bar Business Law Section Fellow. 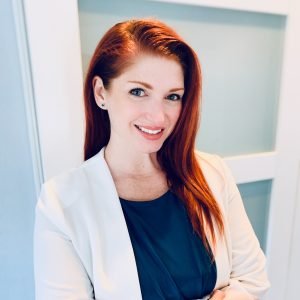 Ms. Roberts earned her Juris Doctorate from the University of Miami School of Law in 2010. As a law student, she was awarded the American Bankruptcy Institute Medal of Excellence for her work as a Certified Legal Intern for the Eleanor R. Cristol and Judge A. Jay Cristol Bankruptcy Pro Bono Assistance Clinic. After entering practice, Ms. Roberts continued to give her time to the Clinic as a mentor and a guest lecturer on chapter 13 practice. She has served on the steering committee for the University of Miami Bankruptcy Skills Workshop, an annual continuing legal education program benefiting the Louis Phillips Scholarship Fund providing scholarships for law students interested in bankruptcy practice, since 2014.

Throughout her career, Ms. Roberts has been committed to financial literacy education and her local community. While practicing in Miami, she was a frequent speaker for the Miami Dade Legal Aid “Put Something Back” on the topic of bankruptcy for attorneys taking pro bono cases and taught the Credit Abuse Resistance Education (C.A.R.E.) to at-risk youth.

In early 2018, Ms. Roberts moved from Miami to Sarasota. Since her relocation, she opened her firm, Roberts Law, PLLC, and has sought to further financial literacy education in Sarasota and Manatee Counties. Ms. Roberts successfully assisted Manatee County Bar Association’s Young Lawyers Division in obtaining a grant to provide financial literacy education to young adults aging out of foster care, and is currently working with Habitat for Humanity Sarasota, Inc. to develop budgeting education for homeowner applicants. 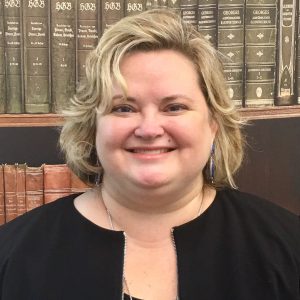 Amber serves as the City Attorney for the City of North Port, Florida. She manages the City Attorney’s Office, which provides comprehensive general counsel services to the City Commission, advisory boards, and all City departments. Prior to joining the City, Amber practiced local government law in the Dallas area, where she represented more than 40 governmental and quasi-governmental entities as general and special counsel. She has briefed and argued appeals before the Texas Supreme Court and numerous state courts of appeals. She has also litigated cases to jury verdict in state and federal courts. Amber formerly served as an Associate Municipal Court Judge, presiding over trial and pretrial dockets for Class C misdemeanors and performing magistrate duties in the city jail.
Amber is admitted to practice in Florida and Texas, as well as the United States Supreme Court and numerous federal district courts. She received her J.D. from Baylor University School of Law and her B.A., summa cum laude, from Southwest Baptist University in Missouri.
Amber serves as a committee chair for the City, County, Local Government Section of the Florida Bar and sits on the Board of Directors for The Florida Center for Early Childhood, Inc. Amber formerly sat on the Board of Directors for Operation Kindness, Inc., North Texas’ largest no-kill animal shelter, and volunteered for Guardian Angel Dog Rescue. Outside the office, she enjoys photography, reading, listening to podcasts, and spending time with her family, which includes three rescue dogs. 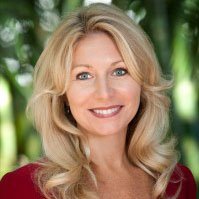 Michele is an attorney with Maglio Christopher & Toale, P.A. handling defective medical device cases in State and Federal Courts throughout the country.

Ms. Stephan has represented clients in civil litigation for over 20 years. Her experience includes litigating matters involving products liability/defective medical devices, mass torts, personal injury, nursing home negligence, federal civil rights litigation, international child abduction under The Hague Convention, and international matters involving civil theft and fraud.  In addition to her trial experience, Ms. Stephan has handled appellate matters before the Second District Court of Appeals and is certified by the Florida Supreme Court as a mediator in the areas of circuit civil and family.

Ms. Stephan has a longstanding commitment to helping low income and indigent persons in need of legal services.  She was awarded the 2017 Florida Bar President’s Pro Bono Award for the Twelfth Judicial Circuit, the 2017 Florida Association for Women Lawyers “Leaders in the Law” award and has been featured by News Channel 9 as an “Everyday Hero” and Sarasota News Network’s “People You Should Know.”  She has also been awarded the 2015 Distinguished Community Service Award from the Sarasota County Bar Association, the 2015, 2014 and 2011 Service to the Community Award by Legal Aid of Manasota, the 2008 Member of the Year award from the Sarasota County Chapter of the Florida Association for Women Lawyers and was recognized by the Supreme Court of Florida in 2007 for outstanding pro-bono service.

Ms. Stephan also serves as a volunteer judge for Teen Court of Sarasota County and teaches a pro se divorce clinic for Legal Aid of Manasota.  She has served as a board member of the Suncoast Partnership to End Homelessness, Big Brothers Big Sisters of the Suncoast and the Friends of the Selby Public Library. 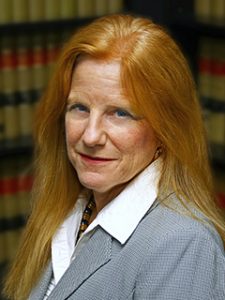 Lori Wolf works in personal injury law.  Lori was raised in Bradenton, Florida, and started practicing as a second career Florida lawyer. She has previously worked as civil litigator specializing in the areas of corporate and real estate law. She recently returned to her roots after working and living out of state for several years. She has obtained bar licenses in Florida, Texas, and Nebraska and is licensed to practice in the Federal District Trial Courts in the Middle and Southern Districts of Florida.

For fun, Lori enjoys ballroom dance, horseback riding, creative cooking, working out, and her church. Over the years, she has been involved in numerous leadership roles and charitable and civic organizations. She eagerly welcomes building long term relationships with FAWL members and reconnecting with her community.